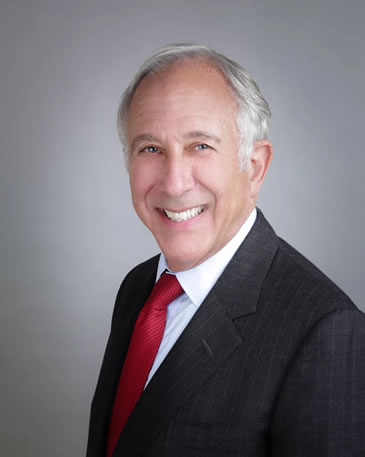 James R. Cummins is the managing partner of Cummins Law LLC, and has served in a similar capacity since the 1972 founding of its predecessor firms. He has practiced in the business matters, including business formation, business disputes and corporate governance fields for over 30 years. He has been the lead counsel in mergers, corporate business dissident and taken over challenges, minority shareholder disputes and SEC civil litigation and enforcement defense. During his career he has frequently been selected by public and private companies to conduct board directed special investigations on officer conduct and employee malfeasance. He has been nationally recognized for his direction of proxy efforts on behalf of dissident shareholders seeking control of boards of directors and has also defended public and private companies against dissident control challenges. He has frequently been engaged to advise corporate officers and directors in state and SEC compliance and enforcement matters. He serves as the President of the Board of Directors of the Children’s Law Center, Inc., a not for profit agency assisting children with legal system encounters and advocating for national and local children’s rights.

Among his national and international recognition is the designation among only 236 lawyers in 40 countries, for his corporate governance experience and expertise by the International Who’s Who of Corporate Governance Lawyers. He has been designated as a Super Lawyer, a Best Lawyer in America and a Preeminent Lawyer for his work in the corporate securities and finance field. His success was recognized in The American Lawyer, Winners Circle 2006 for a $410 million record settlement in Freddie Mac Securities Litigation, a securities fraud case, for a recovery on behalf of shareholders of Freddie Mac.

Jim has represented businesses of all sizes from sole owners to publicly held companies owned by thousands of shareholders. From early formation of startups and their financing to complex private midterm and long term financing, his practice is designed to assist in the early development of businesses and their successful efficient growth. Jim’s practice has frequently advised start up entrepreneurs in financings, growth strategies and investor attraction and dispute resolution. He was legal counsel in the formation and continuing representation of one of the first money market funds in the United States and its related mutual fund.

Jim has represented public companies for over 30 years in SEC and state securities law compliance, mergers and acquisitions, proxy contests and corporate special investigations. He has been recognized as a corporate governance expert and has provided expert opinions and guidance for both public and private businesses throughout his career. Recently, he was principal counsel in successfully guiding a public company through the discovery of an employee defalcation while the company was engaged in a $185 million merger.

Jim led members of his firm’s team in the design and execution of strategies for a successful exit of his clients embedded minority share interests—interests being oppressed by the majority owners. In most engagements, the client’s interests were protected either by a takeover of control or by a purchase of the client’s interests at prices significantly above any “minority discount” offer.

In 2003, Jim was co-lead trial attorney in the successful prosecution of a federal securities fraud claim and state breach of fiduciary duty claim against DPL Inc. (NYSE: DPL). The global settlement of $145.5 million for Jim’s clients in the combined federal and state cases ranked at the time as the 21st largest in the history of securities fraud cases.

From 2004 to 2015, he was one of the lead trial attorneys in the Fannie Mae accounting fraud securities class action litigation, In Re Fannie Mae Securities Litigation, United States District Court, and District of Columbia.

Jim was co-trial counsel for 200 physicians in the nation’s first successful antitrust, RICO and securities fraud case against a HMO system. The trial team secured a jury verdict of $108 million for their clients, which was the largest award in the history of Hamilton County, Ohio at the time, eventually resulting in $65 million payout to the clients.

Jim’s creative and unique approach to proxy contests resulted in leading successful change in management of an American Stock Exchange bank holding company. Characterized as an “exercise in corporate democracy,” by US Banker, the monthly bible of the banking industry, Jim was recognized as the first attorney in the nation to use the Internet’s worldwide web in a proxy contest, communicating rapidly and simultaneously with all of the company’s shareholders. According to the Cincinnati Enquirer, Jim “became the ‘nerve center’ through which the proxy fight was staged.”

Recently he was engaged to represent the founder and large stakeholder of a NASDAQ company seeking a shakeup of the current management policies and direction. After a two year fight, a financially successful result was achieved for the client at levels far in excess of the client’s goals.

At the request of the Board of Directors of a public company, Jim served as special proxy contest defense counsel and defeated dissident shareholder efforts to extract “green mail” payments from the company. Deploying a unique technique known as a modified Dutch auction, the dissidents’ voting strengths were essentially destroyed.

In Re DPL Inc. Securities Litigation, Case No. C-3-02-355, United States District Court, Southern District of Ohio. Co-Lead Counsel for lead plaintiffs and the class in federal securities fraud class action against company and its former senior officers. Global settlement of $145.5 million for combined federal and state cases was the 21st largest securities class action and settlement in the United States at the time.

Other Litigation and Regulatory Enforcement Matters

Principal attorney in Frisch’s 2012 sale of its Golden Corral restaurant group for over $50 million, ranked as the one of the top 10 largest restaurant sales in history of Ohio.

The American Lawyer, Corporate General Counsels’ Selection (1 of 2 firms in Tri-State) for Litigation Resource in Ohio.

Ohio Super Lawyer 2007-2017, recognized as one of the top 20 Securities and Corporate Finance attorneys.

The International Who’s Who of Corporate Governance Lawyers (2002), selected as one of 66 U.S. attorneys (236 internationally), recognized by their peers and their clients as leaders in the field of corporate governance.

Member, Board of Commissioners on Grievances and Discipline of Supreme Court of Ohio, 1989-1994.

© 2020 Cummins Law LLC
NOTE: Submitting a case evaluation form or email does not create an attorney-client relationship.
According to Ohio Bar Rules for Attorney Advertising, this site is considered attorney advertising.